I have been a proficient COBOL programmer since 1981.

Even as of 2010, COBOL processes more data than any other procedurel language.

I Like the simple syntax, a true 4GL, easy to read and as powerful as C++:

This book, COBOL for the 21st Century says it all, a top-selling Amazon computer book: 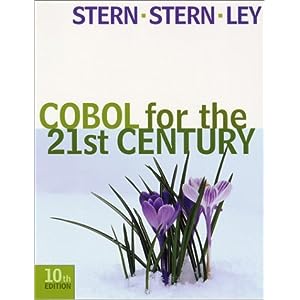 Creepy! There are zillions of dead people on this tiny island in the East river:
Via tywkiwdbi

Well, the Federal Government is now recognizing this as a crime, and they are finally making arrests!

Criminal Copyright violation arrests are now coming for those annoying web sites that steal content and re-publish it for a fee.

Check out the channelsurfing.net home page after being seized by the Feds . . .

The site was been seized by the Federal Government because it is a “Hoover”, a site that steals “teasers” and re-sells hyperlinks to copyrighted content of other web sites, content that is available for free with a simple Google search:

“It is unlawful to reproduce copyrighted material, such as movies, music, software or games, without authorization…

First-time offenders convicted of a criminal felony copyright law will face up to five years in federal prison, restitution, forfeiture and fine”

Read the story here about how creating sites that re-sell hyperlinks to copyrighted content is a crime:

When Hyperlinking becomes a crime.

This is a great gag, only possible in Canada:

Find more videos like this on PetBrags Pet Lovers Paradise: Pet Community for All Pets A picture is worth a thousand words: This is a real book title: “The ass goblins of Auschwitz”

I must give it points for being an intriguing title . . . 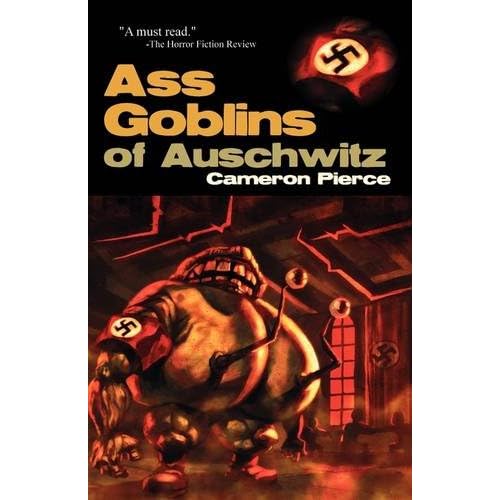 Yesterday she was excited to discover that her great-great-Grandma was a Cherokee!

Most of the Burleson’s in NC have some Indian blood because we have been in American since the 1600’s. and my own Great Grandma, Sara Page was an Indian squaw.

The Cherokee Indians are of European ancestry anyway, (nobody has yet to explain why the first British colonists noticed that the Cherokee had blue eyes!),

I predict that future DNA studies will show that the Native American’s of the eastern seaboard are descendents of the Viking that landed in the 9th century AD.

Sociological data is interesting because it shows unexplained trends in inter-marriage.

Just as today’s mulatto children are far more likely to have a black father than a black mother, a similar trend was present in colonial America.

In all of my research I have seen dozens of cases where an Anglo man falls in love with an Indian squaw, but it was quite rare to see a case where an American Indian Male sired a child with a Anglo woman.

I have a theory about this phenomenon, and I believe that white guys chose Indian women for two reasons:

– Physical attractiveness: Many of the English settler’s daughters were beaten by the ugly stick, seriously ugly when compared to the Indian maidens.

– More relaxed sexual mores: American Indian women were not prudish. They enjoyed recreational sex, whereas the Purtian women only reproduced as a duty.

It does not take much anecdotal evidence to back-up my theory, just take a gander at any British woman and see for yourself: Reproduction with a British woman requires special equipment and lots of whiskey.

I’m told that many desperate used a paper bag for their head, to prevent the gag reflex.