Check out Somethingawful for some super-creative Photoshopped offensive board games.

WARNING – Above Link is super offensive. 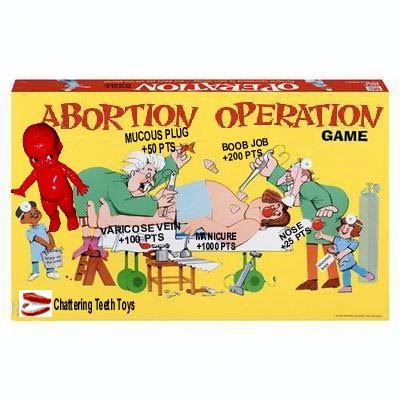 First, some history, there were real racist board games, such as this real racist game from the 1930’s called “Darkies in the Melon Patch”:

There are also parody racist board games, offensive characatures of Black people, like Monopoly for Black People: Like most honest people, I hate posers and cheaters, but few more than “dugout Doug” MacArthur, the prick that nearly killed my father in the Philippines and had the gall to recommended himself for a Medal of Honor.

This was the only time in history that a Medal of Honor was awarded for a dishonorable act, MacArthurs well-documented ineptitude and cowardice at Corregidor.

His own men mocked the old asshole, saying “I Shall Return” whenever they went to the latrine to take a dump, showing open contempt for this monumental prick . . .

You have to be a monumental jerk to have your only son change his name (Arthur MacArthur IV and hide out in Greenwich Village under an assumed name.

BTW, Arthur is still alive and he is the only man alive who can say that he had a Grandpa who won the Medal of Honor in the Civil War!

I visited MacArthurs tomb in Norfolk Virginia and was shocked that this medal-grabbing asswipe managed to get awarded the Distinguished Flying Cross at 71 years old!

See my notes here on how General MacArthur stole his valor. BTW, MacArthur also gave LBJ a Silver Star that he did not deserve, a man without one iota of personal integrity . . .

Well, I finally found out “Big Mac” stole his DFC.

From the book “Anything, Anywhere, Anytime: Combat Cargo of the Korean War” on page 9 we see who an old man 5-star Army general got the Distinguished Flying Cross as a party favor from one of his underlings, two generals kissing each other’s asses:

“MacArthur modestly took credit for what he considered a brilliant tactical maneuver that would complete the destruction of the North Korean Army. To MacArthur’s surprise and pleasure, Stratemeyer presented him (General Douglas MacArthur) with the Distinguished Flying Cross for his “outstanding heroism and extraordinary achievement” while participating in aerial flights to Korea. MacArthur, in turn, awarded Tunner the Distinguished Service Cross.”

This stolen valor theft is personal to me since my own father Louis F. Burleson won the Distinguished Flying Cross (twice) for real, nearly getting his ass killed, while MacArthur grabs one as a party souvenir.

MacArthur spat in the face of all real DFC winners

Not everyone takes “freebie” medals. As a lesson in personal integrity, my father was not so much proud of his own heroism as much as he was about turning down General Stratemeyer.

General Stratemwyer recommended my Dad for the Air Force Distinguished Service Medal, one of the Air Force’s top honors. Unlike MacArthur, my father had the personal integrity to turn it down.

Like many real-deal war heros, my father never once wore his medals in public. I fished them out of a dresser drawer after he died and mounted them as wall plaque:

The thing he was most proud of was turning down a medal that he felt he did not deserve, a lesson that General MacArthur never learned . . .

One of the reasons that I’m successful in business is that I demand personal intergity from all of my employees, and I have zero tolerance for dishonesty . . .

Just like a database has characteristic signatures, so do words and music.

I have been using Soundex for many years to find words that “sound alike” surnames, and now they have a way to analyze the “genome” of music and find songs that sound alike.

Anybody my age will tell you that very little good music was written after 1975, but the oldies stations tend to play nauseating disco.

Enter your favorite URL on this link, and see the page as it would have looked back in 1995 on a Geocities page, made by a 13 years old kid:

I think that some animals need to wear clothes as appropriate, and I pioneered specialized footwear for guide ponies for the blind:

One of our blind ladies even made formal footware for her guide horse:

Now this is OK because horse shoes are functional, but I don’t see the point bhing swimsuits for dogs.

This is SO wrong, swimsuits for dogs, bikini style: 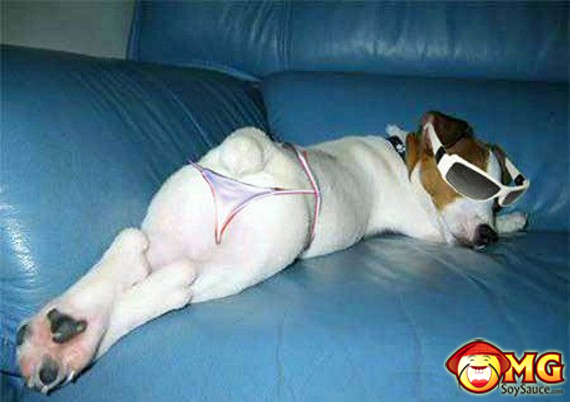 I like this bikini below, but it’s not accurate with six cups. Everybody knows that dogs have between 8-12 boobs. It amazes me how many people don’t know the number of teats on common mammals

And what genius thought to put a nasty Chihuahua in a bikini:

With the imminent legalization of medical marijuana, we need only look back to the early 20th century to find refreshing pot-based beverages: 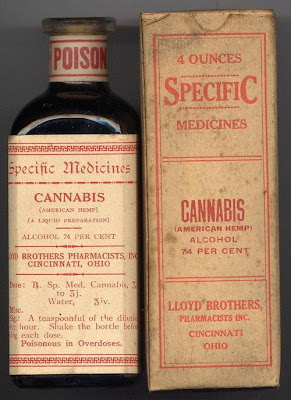 Note that the alcohol content is double that of whiskey! It may not be medicinal, but I’ll bet the consumers don’t care . . .

I wonder why this pot drink medicine is marked “POISON” on the spout?

I’ll bet the market will soon be flooded with Marijuana-infused soda pop, beer and liquors.

What next, “Cool Refreshing Crack”?

These is an old adage that if you want to trash somebody in a novel without getting sued for libel, all you have to do is write that the character has a very tiny penis.

Nobody is going to sue you for libel and come forward saying:

“Yes, that’s me in the book, the guy with the teeny weenie”.

There is even a name for this tactic, it’s called the “small penis rule”!

However, there are exceptions to the tiny penis rule.

When a shyster Steve Warshak started selling a phony penis enlargement product called “Enzyte” he relied on the tiny penis rule to protect him, thinking that no man was ever doing to ask for a refund because their member remained microscopic.

This article shows the peril of relying on the tiny penis rule. Steve Warshak got 25 year in jail after over-billing for Enzyte, but the TV commercials were hilarious, a masterpiece of marketing genius!

This is a real personal ad from the Atlanta Constitution:

SINGLE WHITE FEMALE seeks male companionship, ethnicity unimportant. I’m a very good girl who LOVES to play. I love long walks in the woods, riding in your pickup truck, hunting, camping and fishing trips, cozy winter nights lying by the fire. Candlelight dinners will have me eating out of your hand. I’ll be at the front door when you get home from work; wearing only what nature gave me… Call (404) 875-6420 and ask for Annie , I’ll be waiting…..
.
.
.

The phone number is for the Atlanta Humane Society! The Charming Youngsters with Andy Burleson on bass have started their 2010 tour, hitting sites up and down the East Coast.

Girls, this is your big chance, only one more appearance left in this tour . . .

We have a nine year old rooster with a bizarre neurological disorder.

Nine years is about 100 years old in chicken years, a mighty long life for a rooster, and he shows his age, suffering from a senility most fowl. . . . 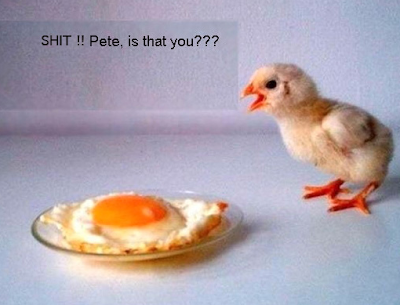 Over 99.9% of male chickens die within two hours of being born, being tossed alive into a grinder:

I’ve fallen and I can’t get up!

This ancient rooster has very little balance and we constantly find him laying on his side, thrashing!

She thought he was dead, and went to toss him onto poo mountain, a traditional chicken funeral, but he was quite alive and greatly relieved to be rescued.

We suspect that his disorder may be from childhood trauma from sexual abuse:

We had our veterinarian over to the ranch and we asked about the treatment for an elderly chicken with a neurological disorder.

He recommended treating him with a basting of BBQ sauce . . .

Eventually, we all know that ole Mr Rooster will go to the great broaster in the sky: