Incredible stupidity does not just happen; you have to work at it.

This video is the ultimate WTF, a good warning to young people of what happens when you drop too much acid.

With so much “lazy” stupidity on the interweb, it’s nice to see someone who has put some real hard work into making something incredibly stupid . . .

I must admit, it has a catchy tune, though.

There is nothing new under the sun, and people have been using a keyboard to express emotions for over 100 years!

Here is an example of rules for using “emoticons”, dating from 1881:

The grad school database students at the Rochester Institute of Technology have created a custom search engine, just for my articles:

“Welcome to the blog of BurlesonNet.

Here at the BurlesonNet offices we devote our efforts towards improving the understanding of the Oracle database environment.

Check out our search engine for all your database questions and needs, and our homepage for database tutor schedules for RIT. “

I found your camera!

I love this site, I found your camera.

Just browse the pics and see if you can return the shots to their rightful owners . . . 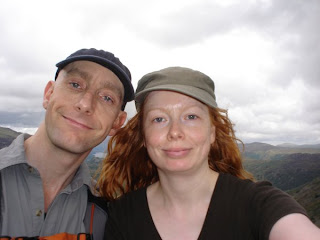 Know these people? We found your camera!

These “onobtrisive measures” are used to accurately access personality types. The tests are used to weed-out neorotics, dishonest people, assholes, douchebags and posers with great success.

Here are some onobtrusive true/false questions that can reveal your personality traits:
——————————————————-
I feel comfortable around people.
I prefer to take showers over baths.
I believe in the importance of fluoridated water.
I think that old people smell funny.
I am not interested in abstract ideas.
I like Cherry flavor more than Orange flavor.
I have a vivid imagination.
I would like to try hibernation.
I believe that others have good intentions.
I have never tried anal sex.
I pay attention to details.
I do not like plastic dishware.
I like to cut the eyes out of photographs.
I find it difficult to get down to work.
I tend to vote for liberal political douchebags.
I would describe my experiences as somewhat dull.
I avoid philosophical discussions.
I suspect hidden motives in Asian people.
I enjoy the aroma of a good fart.
I make plans and stick to them.
I tend to vote for conservative political candidates.
I insult people.
I don’t like to draw attention to myself.
I do not enjoy going to art museums.
I know how to captivate people.

This is impressive by any standard, the football “wave” taken to a whole new level:

I love animals, but you can take things too far!

We have a pair of twin fawns’s in our back pastures, a couple of adorable babies, and we are happy that the doe trusts us with her babies. They graze with our broodmares, and the old momma’s know that are are babies and treat them gently. Too cute!

However, you should never attempt to domesticate a wild fawn, as seen from from this eBay auction:

We won “most honest” players award, given to the team with the highest score!

Any redneck knows that fresh squirrel is a great dinnertime treat: When serving squirrel for dinner, you need to follow good dining etiquette:

– Bee bee dish – You should serve squirrel with a tiny “shot dish”, a place to hold the buckshot that inevitably gets into the squirrel meat.

– Nutcracker – Yep, squirrel is tasty, thought and through, and many folks keep a nutcracker that the table. You take the nutcracker and crack open the skulls for a tasty treat.

But squirrel is now catching-on as a gourmet food, and the English love squirrel.

Here is NC we serve up squirrel in its own butt, a treat we call “squirrel in a cup”:

Jen3 digs into a squirrely treat. . .

But beware, eating the squirrel brains can cause a fatal variant of Mad Cow Disease, known around here as “Mad Squirrel Disease”, and at least six people have died.

This psycho bitch named only “Nic” published a scathing report about TSA abuse, all 100% fake, according to the video evidence:

“At this point in time, my heart began to race, thinking we would miss our flight and I would be stuck in the Atlanta airport with Jackson for who knows how long until there was another flight to Baltimore. . .

I handed him my son and he walked away with my child.

My eyes welled up with tears, I stood up from my chair and I asked the female TSA agent,

Jackson, while being whisked away looked at the male TSA agent awkwardly and repeated “no no no no.”

Fortunately, the all-seeing TSA had cameras set-up and recorded the whole non-incident:

TSA video shows that this was all a lie.

Don’t get me wrong, I detest TSA abuse. Absolute power corrupts absolutely, and when you give any minimum wage loser authority they become Nazi fascists . . .

But this is one case where the truth prevails. The TSA site notes what really happened (typo left intact):

“After watching the video footage, you’ll see the video clearly shows that this invididual [sic] was never separated from her baby by TSA.

You’ll also see that a lot of the other claims are also unfounded.”

The TSA should sue Nic for defamation . . .