Telephone the KKK, yes, it’s listed in the phone book!

I Googled Henderson North Carolina, and found this entry on Wikipedia:

Henderson is known for its exceedingly high violent-crime rate. Henderson’s crime rate — per capita — is more than double that of Los Angeles or New York City alone, more than that of both combined, and is near-triple the national average.

It also has signification problems with unemployment, poverty (over 40% of Henderson’s children live in poverty), and drugs. In addition, it has the Ku Klux Klan listed in the phone book.

The KKK in the phone book?

Really? Sho’ nuff, the KKK is really in the phone book! You can call and listen to a recorded hate message!

(Warning: This KKK recorded message changes monthly and it may be offensive to some people) 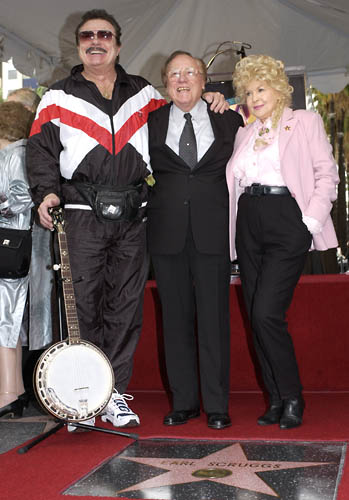 I was on a flight last week, and I overheard the flight attendant say to someone over her radio:

“We have two Shamu’s on this flight”!

She did not see me, and I’m sure that this was not meant to be heard in public, but it got me to thinking!

It took me a minute, but I figured out that they were referring to grossly obese fatties, fake disabled people who eat themselves into a wheelchair and then demand special treatment. It’s like the kid who kills his parents and asks for lieniency because he is an orphan!

Shamu’s are what the airlines call obese passengers!

I swear, one of the Shamu’s was so huge that he could not fit down the aisle and had to take the first-class bulkhead row. These are the pricks who demand special treatment and double-seats, claiming to be disabled, all because they eat 5,000 calories a day . . .

I have no sympathy for Shamu’s, and I applaud the airlines for assigning them this derogatory name. BTW, it was this airline, and they like Shamu’s, since they charge them for double seats:

The Shamu plane for flying fatties

Overeating IS NOT a disability, its willful misconduct!

This lady is not disabled, she eats too much . . .

In these tough economic times, celebrities are abandoning their private jets are moving to lower-cost alternatives such as Netjets, a great semi-private jet company with reasonable prices. No TSA Nazi’s, and always point-to-point:

We know a few celebs and more and more they are dumping their private jets, choosing to fly commercial instead. It’s a green thing . . . .

When we fly with our guide ponies for the blind, the blind person gets the “celebrity treatment”, a special deal where the airline “hides” you in an enclosed area near the gate with a private attendant.

Only after the flight has fully boarded do the celebrities get on, just before the cabin doors are closed.

I’ve often wondered how the airline chooses those for “celebrity” boarding status. It must be super-embarrassing for ex-celebrities to ask for special treatment only to be told that nobody recognizes them anymore.

Celebrities checking out my wife!

I was on a flight awhile back when a pair of NBA basketball players sat down in the same aisle as me and Janet. One guy was at least seven feet tall, he reminded me of my distant cousin Tommy Burleson, a former basketball star:

Tommy Burleson at the Olympics

Anyway, out of the corner of my eye, I noticed that one of the NBA stars was checking-out my wife!

Sure, Janet is stunning, but why would a zillionaire kid be checking-out a lady twice his age? Janet noticed him too, and she enlightened me.

Evidently, sports superstars are very conscious of “luxury brands” and he was checking out Janet’s bling!

She was right! One of these guys has a diamond stud earring that was so large that it covered his whole earlobe, and at least a full pound of gold “bling” . . . He kinda looked like Ali G.:

Anyway, Janet said that he was “checking out our brands” . . .

Noel was traveling in a Coach bag, and Janet has her LV wallet, Hermes sweater, Brooks Brother’s shirt and Prada bag, not to mention her super-expensive “Air” sneakers . . .

Gee, I guess that we are still fashion trend setters . . . .

I really like this giant gold club, a sure conversation starter, and only about $1k with stand:

I was watching some crime show on TV and heard some new words, the “hebephile” and the “ephebophile”. A Hebephile is not someone who finds Jewish people sexy, it describes perverts who find teenage girls sexually attractive!

I’m really glad what some underemployed shrink found the time to bless us with these new “philes”, fancy words to describe these revolting sexual perversions.

It seems like TV is always trying to be more shocking. First we had pedophiles, then necrophilia, ephebophilia, paraphilia and now hebephilia . . . What’s next?

Evidently, hebephilia and ephebophilia are common disorders among young men, hence the old adage “15 will get you 20”:

How do we stop the ephebophiliac epidemic?

It’s estimated that over 95% of adolescent males suffer from ephebophilia or hebephilia, a national emergency of epic proportions!

More research needs to be conducted into this problem and aggressive treatment plans need to be devised to stop this most horrendous form of sexual deviance. . . .

I recently purchased a computer book on Amazon. When the book arrived, the content looked very familiar, and I know why, I wrote a portion of this book!

Lulu.com copyrighted my work without my knowledge or consent!

I worked for hundreds of hours writing my book, and it really frosts me to see my own words attributed to some thief named Flavia D’Souza, and copyrighted by a scumbag self-publishing outfit called Lulu.

Lulu.com did not even take a minute to see that this author copied portions of the book from numerous other authors. You cannot even reach Lulu by phone (919-459-5858), it’s just an answering machine. That’s always fishy. . . .

Lulu is not a small operation, and it looks like I’ll have to spend thousands of dollars on their crap, not to mention attorney fees, all to protect my own Intellectual property rights from an irresponsible publisher.

It should be a requirement for a publisher to take a few minutes to see if the work is stolen. There are many sites that quickly identify stolen book content, it’s not hard, and it’s due diligence for every publishing company:

It appears that lulu.com even allows anonymous people to publish books, amazing!

One of the first signs that a country is drifting towards communism and totalitarianism is when they start to re-write the history books.

Amazing. The Holocaust was fully documented by all of the major news services, yet teachers are afraid of upsetting Muslim extremists . . . .

The origin of the word faker

One of my pet peeves are “fakers”, posers who pretend to possess expertise and qualifications which they did not earn. The interweb is full of foreign, self-appointed experts and posers. I really hate fake engineers and fakers who give themselves fancy titles:

In college, I remember learning that a “faker” was a derivative of the word “fakir”, an Indian swami who dazzled people with feats of magic and illusion. Here are some “fake” accolades that I’ve seen used by fakers:

This thread has an interesting discussion of the origin of the word “faker”, with evidence that a faker is indeed derived from the Indian word “fakir”:

The “fakir” – Origion of the word faker

“I have seen a turn-of-the-century postcard with the caption “Fakir’s Row” at the annual Brockton (Mass.) Fair.

I’m sure this was not a row of Hindu holy men but rather more like what Tatyana says: magicians performing their various smoke and mirror acts.”

Check this out, AMAZING CGI artistry. What an incredible new artists medium: 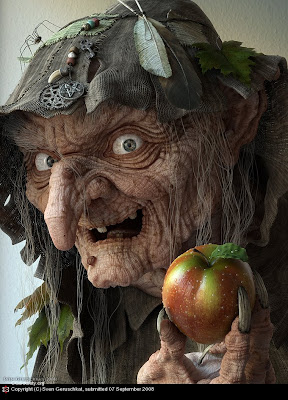