When did “flipping the bird” begin?

There is nothing nauurally obscene about holding out a finger, flipping the finger is a cultural thing:

And why is it called “the bird”? It’s interesrting, some folks say that flipping a finger has been an insult for over two thousand years!

“An Athenian comedian by the name of Aristophanes provided the earliest literary reference to the gesture – he created a feisty character who gave Socrates the finger.”

In 1644, John Bulwer suggested the use of the middle finger for the deaf as a “natural expression of scorn and contempt.”

In many states you can have people summoned to cpourt for flipping the bird!

It falls under “fighting” statutes, gestures that are incendiary, “fighting words” which are likely to escalate into road rage or assult.

Check out these flying cat pictures!

“When did you realize you were raped?”

“When the check bounced.”

This is clearly an act of agression, but is it retialation for cruelty?

Evidently, the Southern Right whales are known for their poor vision:

However, there is more to the story .. .

There were reports that this is really a report of animal cruelty.

Evidently, the yachtsman was deliberately harassing he whale, getting in the way.

Most city folks don’t know this, but chickens have nasty eating habits.

They will eat almost anything, even cannibalizing their fallen brethren, and just like their dinosaur ancestors they love to kill and eat small mammals like mice:

Every dedicated golfer should check out The Potty Putter 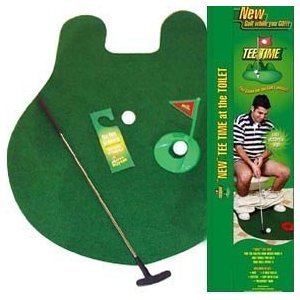 Imagine the fun, putting on the crapper for hours at a time:

Dogs are smelly critters, and I’m always hearing questions like “why does not dogs butt smell like cheese” and “Why does my dog’s feet smell like Fritos”?

Well, it turns out that “Frito Feet” is an actual medical condition in dogs, caused by bacteria.

Frito feet is a worldwide problem

This is very entertaining, a site devoted to Price tag mistakes

Everybody knows about Audie Murphy, America most decorated Hero, but few people know about Pam Murphy, who died this year at age 90.

Pamela Murphy was a hero in her own right, spending decades helping injured war veterans, including Audie who suffered from PTSD:

“He had emerged from the crucible of war, but he had not emerged unchanged. He had seen men die—ripped apart by machine guns, run over by tanks, obliterated by mortar fire. He had killed many men himself, supposedly accounting for 240 Germans single-handedly”.

“She worked as VA patient liaison at the Sepulveda Veterans Administration hospital, treating every veteran who visited the facility as if they were a VIP. Any soldier or Marine who came into the hospital got the same special treatment from her. She would walk the hallways with her clipboard in hand making sure her boys got to see the specialist they needed.

If they didn’t, watch out. Her boys weren’t Medal of Honor recipients or movie stars like Audie, but that didn’t matter to Pam. They had served their country. That was good enough for her. She never called a veteran by his first name. It was always “Mister.” Respect came with the job.

“Nobody could cut through VA red tape faster than Mrs. Murphy,” said veteran Stephen Sherman, speaking for thousands of veterans she befriended over the years.” 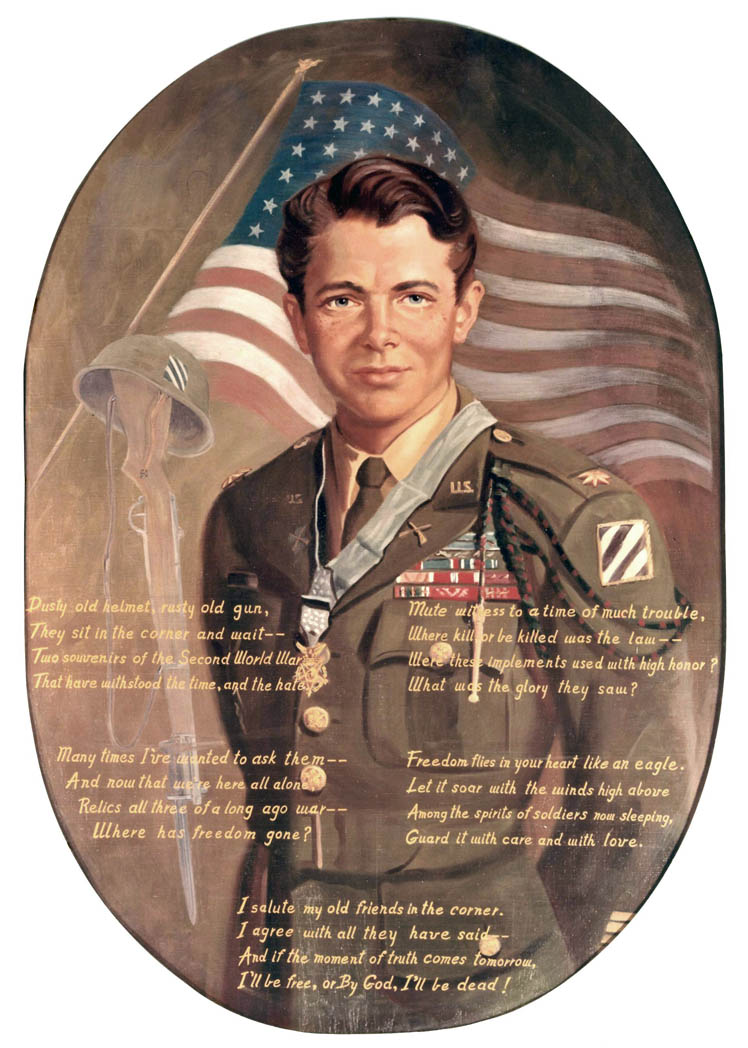 Audie Murphy (the most decorated U.S. soldier in history) won almost every US medal for heroism, including the Silver Star, which he won twice.

Murphy was the real-deal war hero, and it was national news when the photogenic little scrapper (Audie was not very tall), played himself in the 1955 smash hit move “To Hell and Back”, a really, really great movie, especially when you know that Murph is playing himself!

If you every See Audie playing himself in the movie “To Hell and Back”. There will be no question, Audie Murphy was America’s great war hero: 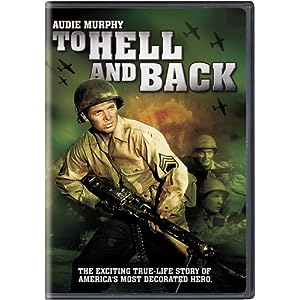 But unfortunately, Audie also abandoned his family and committed adultery on Pam, not exactly heroic . . .

Tell me, where are today’s heroes’?