See my full notes on Fire lapping a rifle.

These are parts of our class notes for conventional high-powered rifle competitions.

All brand new conventional competition high powered rifles should use fire-lapping to ensure that the barrel is super-smooth and clear.

How to fire lap a rifle

After each of the first 10 shots:

2 – STARTING from the breech end, run a brush wet with bore cleaner one-way out toward the muzzle end of the rifle.

3 – After the brush exits at the muzzle end, remove it and withdraw the rod.

4 – Run a clean patch, one way from the breech to the muzzle end of the barrel. The third patch should look clean.

For shots 11-24, the fire-lapping is done every two shots.

After 24 rounds, the rifle is ready to accept telescopic sights.

Click the link for some great selectionsof funny money!

When we are having goat for dinner, no fetus can beat us . . .

A bunghole is not a dirty word, it just sounds like ine.

In the real world, a bunghole is a hole that is bored into a liquid-tight barrel. 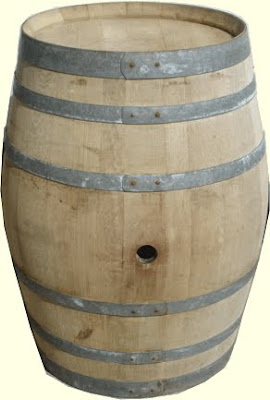 It was Beavis and Butthead that made bunghole into a dirty word!

T-shirts not to wear at the airport Ever have a day when everything goes perfect?

This is an amazing video! SFW and worth watching!

Janet and I are learning to shoot trap and skeet and we were thrilled to join the Charlie Brown Gun Club!in lovely suburban Kittrell, North Carolina.

Kittrell is just a short drive from Raleigh, and it’s one of the best trap and skeet shooting ranges in North Carolina for many reasons:

– Nearby: The Charlie Brown shotgun club has close proximity to Raleigh and RTP

– Night shooting: There are high-powered Lights for evening trap shooting

– Beginner friendly: The club is noted for their friendly members, including many national and state champions, experts who can offer unbiased advice to beginners.

– Great Club House: It’s also one of the best trap and skeet gun clubs because of their great club house, air conditioned with cable television and a well-stocked refrigerator.

– Affordable prices: The Charlie Brown gun club is also very reasonable priced, at only $2.50 per round for trap or skeet (25 shots). The members also chip-in to buy shotgun ammo at less than 23 cents per round.

Trap shooting near Raleigh at the Charlie Brown shooting range

Best of all, a nationally-famous Charlie Brown himself is available to offer-up advice and guidance.

Charlie is the current North Carolina State trap shooting champion and a super-nice fellow who is always willing to share his expertise to help beginners.

Charlie saved us a small fortune by recommending the best beginner skeet guns and the beginner trap guns.

As it turns out, the best beginner shotgun must have an adjustable stock comb and butt, critical for finding the proper size for any new shooter:

If you live in the Raleigh area and are interested in a range to shoot trap and skeet, we highly recommend the Charlie Brown Gun Club!

This is worth watching. No audio needed . . .