It’s been said that old west gunslingers frequently stuffed a folded $20 bill in the empty 6th chamber of the cylinder of their revolvers, to pay their funeral expenses when the inevitable finally happened.

But is it an urban myth that cowboys kept $20 bill in 6th revolver chamber for burial expenses?

Jim Keenan notes that this is a myth: 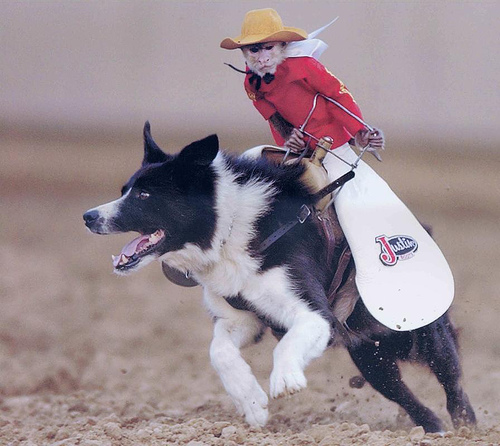 I was watching the movie “The American” with George Clooney, and it had a scene where George made a 7.63 NATO sniper rifle with a silencer!

There is no such thing as a silencer for a supersconic 7.62 NATO rifle

The problem is that the “crack” of a high powered rifle has two sounds, the sound of the exploding powder plus the sound wave as the bullet exits the muzzle at 2,630 feet per second, mach 2, twice the speed of sound! (for .308 cal. and 7.62 mm bullets)

As we know from the SST airliners being forced to go Mach 1 supersonic over the ocean, the sound barrier cannot be silenced!

A rifle bullet goes supersonic while still in the barrel and the “crack” of the bullet exceeding the sound barrier can be heard in the form of a 70 degree cone emanating from the end of the muzzle.

Note that this is the reason why you cannot use a silencer with a high powered rifle.

The silencer cannot control the sound waves that are created inside the barrel when the bullet goes supersonic.

It’s all Hollywood, like putting a silencer on a revolver, not knowing that the space between the cylinder and the barrel emits a huge sound!

The old TV show “Laugh In” had many famous quotes, unknown to today’s generation.

The old 1960’ TV show “Rowan and Martin’s Laugh In” was a revolution of it’s time, the hip generations answer to vaudeville.

“Laugh In” was a pun on the “Sit In”, a protest event where smelly hairy hippies squatted in public places and smoked pot, just to annoy people.

A dirty Hippie “Sit in” protest

Today, the Laugh In quotes are only known to my generation and they are met with quizzical stares by younger people.

“You bet your sweet bippy”

“Look THAT up in your Funk and Wagnall’s.”

Sock it to me?

I remember the legendary Laugh In episode when President Nixon said “Sock it to me” on Laugh In:

Click the link to see a new types of creature called Walmartians. 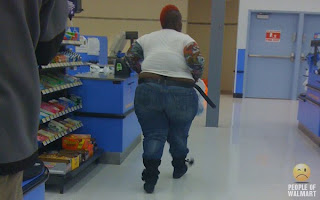 Any patron of Wal-Mart knows about these weird people and the web site The People of Wal-Mart is dedicated to documenting them!

Here is an actual photo from the Wal-Mart hiring center: 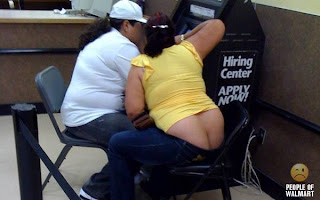 Harry Baals is an institution and it’s only fitting that two government buildings are now being dedicated to Harry Baals.

The first Harry Baals government center was a massive erection, and it’s only fitting that a pair of Harry Baals monuments are created.

I was amazed to learn that supersonuic bullets will hit a target four seconds before the victim could hear the gunshot!

By the time the sound catches-up, the terrorist is already dead . . .

Encouraged by the North Carolina National Guard, Janet and I are studying civilian high-powered rifle shooting.

A Marine told me that the current world’s record for a sniper kill was not a single shot, but a series of three shots, fired in rapid succession.

The victim fell dead before they heard the first bullet.

This lucky American soldier survived a terrorist sniper after losing one third of his brain. 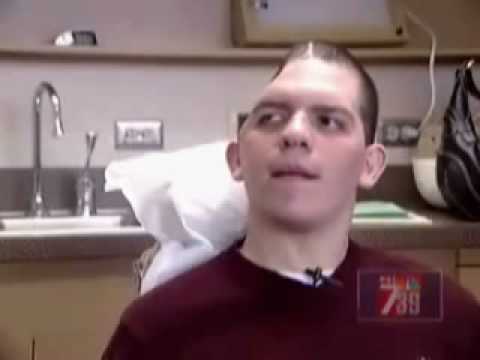 You never hear the bullet that kills you

They used to say that a sniper only had the first shot, since the prey would quickly skedaddle at the sound of the first gun shot.

By my calculations, you have seven seconds between squeezing off the first round and the sound of the report reaching the target.

I love shooting supersonic bullets; you can actually see the shock wave as it travels across the pasture.

My AR with a 17x rifle scope for long kills

Today’s 50 caliber bullets have a muzzle velocity of over 2,500 feet per second, so the old saying “you never hear the bullet that kills you” is quite true.

The first bullet will reach an 8,000 foot target in three seconds, a full four seconds before the sound of the bulet is heard!

Here is the video of the world record one mile kill shots:

Evidently, feral coons are becoming a real problem in New York City, and they have been congregating in Queens, causing havoc:

I’ve captured live coons, and even though they look cute, they are a mean as a snake, with sharp teeth and claws and a hateful disposition.

The world’s most accurate handgun is the Thompson Centerfire with a 60 caliber barrel.

The world’s most powerful pistol

History of the world’s most powerful handguns

The Thompson is not only the world’s most powerful pistol, it is also among the most versatile and accurate pistols in the world, changeable from centerfire to rimfire and allowing interchangeable barrels, with a different caliber for every day of the week. Everything up to a superpowered 60 caliber elephant load.

But man oh man, does a powerful pistol pack a monster whallop!! The muzzle flash of a high-powered pistol is awesome, and my hands ached after shooting only 10 rounds in this monster.

The Thompson centerfire in high caliber has the greatest recoil of any gun in the world! Watch this fellow shoot a 60 caliber Thompson Contender, the most powerful handgun in the world. The handgun is so powerful that it flies from his hands:

Uncle Remus used to talk about “old man hunter from Huntsville”, and a real sportsman will that a powergul handgun is just as deadly as a rifle.

Big game hunting with a pistol is not a new idea. Here is my 150 year cap lock rifle that some redneck chopped down and converted into a 50 caliber pistol!

A high-powered rifle cut down into a pistol
From the collection of Donald K. Burleson

Rednecks are very ingenious, always having creative solutions when they needed a powerful handgun. Note how they bent the frame to make the high-powered rifle into a pistol.

Pistol power is not always about the length of the barrel. Packing a pistol makes sense of you are tracking a mountain lion over hill and dale for 15 miles, with a pistol that has far less weight and just as deadly.

I did a ballistic test with my trusty Marlin 30/30 lever action game rifle with the high powered Thompson Contender (TC) pistol.

But recoil aside, you cannot deny that the Thompson centerfire is among the most powerful and accurate pistols in the whole world.

See more notes here on the world’s most powerful handgun

A woman’s dog was having trouble with a spot on its fur.

The vet recommended that she use a dilapatory on its coat.

The woman went to the pharmacy and chose a dilapatory and brought it to the counter.

The pharmacist started going over the warnings:

No, No, the woman interrupted.

Oh! Well, then make sure that you don’t ride a bicycle for at least 48 hours 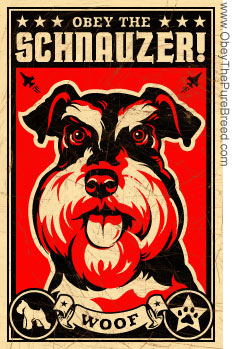 Never ride a bike after putting a dilapatory on your schnauzer