Every few years, I kick myself for not having the presence of mind to deliver a world class comeback to a great set-up.

In a recent example, I came across a fellow strolling on a private golf course, carrying a single golf club.

Since he was not a member (and not allowed to use the course), I came up and asked him what he was using the golf club for. Swear to God, he replied (and I quote him verbatim):

“I use it to beat off the dogs”

This is just beyond offensive.

NO American should be distriminated against because they fail to learn a FOREIGN language.

Why is it that when I press “1” for English, I still cannot understand the foreigner on the other end of the line?

Choosing the best putter is a very personal decision. There is an old golf saying that goes “marry your driver, date your putter”, and that advice is well-founded.

Brad Clayton, my golf instructor offers up these tips for choosing the best putter for you.

Experiment – Ignore the putter ratings in golf magazines, they are nonsense. The only way to gauge which putter is best for you is to try them. Make sure to go to a golf store that carries a wide selection (e.g. golf galaxy).

Take your time – Plan to spend at least an hour testing and re-testing each putter.

During my testing for the best putter, I found a half dozen nice putters and repeated by testing, eliminating one putter with each test of five balls each at a ten foot target.

The world’s best putter is the best putter for you, it’s all very personal. The Nike 2010 IC putter blew me away. Esthetically, she is amazing, well crafted and a joy to hold.

But the real deciding factor was performance, and I consistently nailed more putts with the Nike than the others. I absolutely adore this putter:

For more details on the choosing the world’s best putters, see my complete notes here on how to choose the best putter for you.

It’s facinating that evil people cannot see themselves as evil, and many of them have high self-esteem!

If we look back on the 20th century, it’s easy to spot people who were considered truly evil, nasty folks like Hitler, Stalin and Mao, devils who ruthlessly killed millions of people, yet had a very high opinion of themselves! It amazes me how people will warp and distort reality in order to conform to the own mindset.

Adolph Hitler though that he was a really swell, up-front nice guy, a true gentleman who loved dogs and kids.

Hitler saw himself as a stand-up guy

If I remember my psychology studies correctly, people must have a need to feel good about themselves and Sigmund Freud’s concept of “repression” was directly related to a psychological self-defense mechanism whereby experienced that contradict someone’s concept of ego (self) are push-back, far into the unconscious brain.

One of the best books I’ve read on this subject is The Nuremberg Interviews (highly recommended), a study of Herman Goering, a certified crazy fellow and notably evil man.

In this book, we get a great insight into this form of self-deception as Herman Goering turns-on the charm and describes his atrocities as he saw them, a nice man doing what had to be done. It’s a fascinating read, especially how he justified the killing of Jews over the destruction of property. . .

In his own mind, Herman Goering thought that he was a super-nice guy: 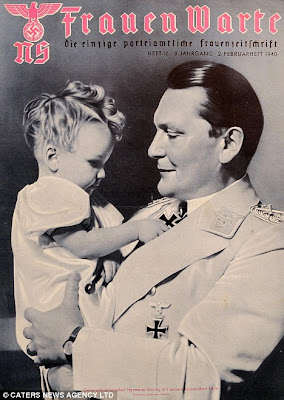 To understand this perverse rationalization, see here, where Goering justifies the bloody invasion and annexation of most of Western Europe, by distorting history to make the USA appear to be the “real” evil power:

“After the United States gobbled up California and half of Mexico, and we were stripped down to nothing, territorial expansion suddenly becomes a crime. It’s been going on for centuries”

In sum, Goering thought of himself as a really swell fellow! His testimony at Nuremburg was heartfelt and sincere, he REALLY believed his fantasy!

Of course, not everyone agreed, of course, and Goering was sentenced to hang. . . This reminds me of the noxious issues with Tom cat urine spraying, and the psychoactive effects of cheesing.

Specifically, this cat-like thing is used for perfume: 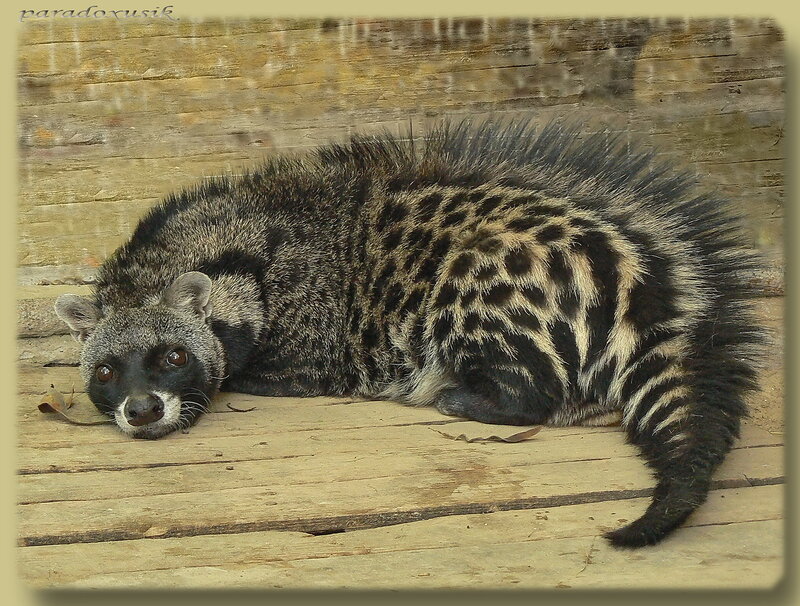 Who was the first Frenchman to squeese this critters butt?

I wanna know; who was the first French guy to squeeze the goo out of this critters ass and note that it stinks pretty?

From a promo photo in a restaurant: With the rumor that Michael Jackson’s body is going to be rendered, and his skeleton sold to the family of the elephant man, I got into checking about owning a real human skull.

When I was in college one of my professors kept a real skull in his library, and it was “cool” to have a real human skull on your bookshelf. I could never afford to buy a human skull because they were quite expensive.

So it turns out that your worthless relatives may not be so worthless after all, after they die.

At Skulls Unlimited ( a human skull vendor) for $3,700 you can buy a whole human skeleton for under $4k.

Here is another skull seller who sells deformed skulls. Here is a highly desirable skull, a man whose skull is ravaged with syphilis, only $2,500:

Here is a dead gangster skull with a bullet hole in his head, only $800.

Imagine what your friends would say when they see this beauty on your bookshelf:

“This bullet hole is from a small gauge rifle. There is no exit hole, so the bullet would have ricoched inside the skull. Overall this is a handsome skull with an attractive fingerprint that makes for great stories.”

“eBay allows the sale of “skulls and skeletons that are used for medical purposes.”

In practice, you can find skulls in a wide variety of conditions, from professionally-prepared specimens to “found” skulls.”

Here are the eBay listing for real human skulls for sale. It’s interesting that the sellers note “for medical use only” in the sale ads . . .

I make a living doing things that “experts” say are impossible, so I got a chuckle out of this newspaper correction.

This correction from the New York Times in 1969, right after the moon landing:

When we travel to advise our overseas clients we always like to stop for a few weeks in southern Ireland, and we are especially fond of An Rinn (“the ring”, pronounced “on reen”), a real Waterford Gaeltacht.

We love the Irish Gaeltacht’s because they reject the customs and language of their British oppressors and they proudly speak Gaelic and adhere to ancient Irish customs.

The TV news and weather is also spoken in Irish. If you have never heard native Gaelic on TV, click this video:

The southern Irish are the friendliest people you would ever want to meet, just like the folks in NC. . .

An Rinn is also one of the most beautiful place in Ireland, only 6 miles south west of the fishing town, Dungarvan.

When we visit we stayed at An Carn (in Irish “The Hill”, pronounced “On Cairn”), a wonderful house on the hill, with a jaw dropping 360 degree view of the Irish coastline.

The Irish Coastline is breathtaking

Buy your own Irish B&B!

We were surprised to see that An Carn is for sale! I can personally attest that this is a great house, richly appointed with oak floors:

In the meantime, we need to find a new place to house our growing entourage.

Jen wants to rent the BlackWater Castle, a fully-restored 12th century castle priced at 8500 € per week . . .

Rent a real Irish castle for only $10k/week!

Back when I was a teen in the 1960’s you had to work carefully to be a non conformist. We needed long hair, flared blue jeans, and a leather vest with lots of fringe.

There was a very strict un-written dress code, if you wanted to look like a non-conformist!

Today it’s a joke, the stuff of Halloween costumes:

Think different – In the same way!

I love this, identical non-conformist tattoos: