Flamboyant cuttlefish are amazing, the only creature with electric skin!

Scientists are using the same technology to develop see-through skin for soldiers:

Just what we need a pizza vending machine!

Made for Italy, but watch, it will soon be available for Americans to get fatter!

Well, 10 million in budget cuts sounds big, until you see it in-scale:

The socialist snobs in Norway have done it again, creating a McAfrika sandwich for McDonalds!

The McAfrika – For that great African taste

What’s next, the McEthiopia burger, nothing between the bun?

Me, I like the idea of the McRedneck burger, a possum pattie nestled between two Krispy Kreme doughnuts:

Once upon a time there was a quaint little village where all the villagers lived in peace and happiness.

Then one day a couple of Friars moved into town and opened a florist shop. In the back yard they kept a man eating plant.

A couple of local kids climbed the fence and the plant ate them.

The villagers were infuriated and demanded the Friars move out but nothing they could do would make them leave. Then they got Hugh, the village blacksmith to kick them out and everyone was happy again.

The moral to this story:

Hugh, and only Hugh can prevent florist friars.

What a clever idea! What a great idea for feeding kids! 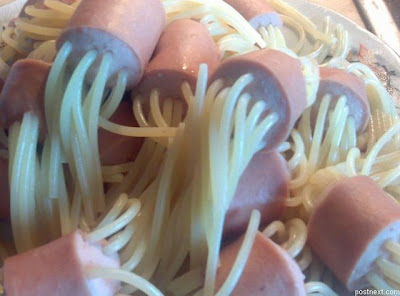 I gotta remember this for when the grandkids start coming . . .

When I first saw this article, I was shocked to see the author blame a “faulty gene” for the high intelligence of the US Jewish population:

“Though Jews make up less than 3% of the U.S. population, they have won more than 25% of the Nobel Prizes awarded to American scientists since 1950, account for 20% of this country’s chief executives and make up 22% of Ivy League students, the pair write.”

Now I ask you, is this racist?

Is this not racist because the traits are complementary? Would people be outraged at a study that shjowed that a particular race was more athletic than another? Or, it it only citing unfavorable traits that make a comment become racist?

Imagine the public outrage if someone cited similar statistics for other groups, relating population demographics with unfavorable traits.

It’s easy to cite the racial skew in prison populations, for example. . . .

“Though African Americans make up less than 13% of the U.S. population, they are more than 43% of the American prison population.”

State and Federal Inmates by Race – Source US 2000 Census

Could you imagine the outrage if somebody cited these types of facts?

I was watching Antiques Roadshow last week and I got offended when somebody said that Bobby Jones was the Tiger Woods of the 20th century!

In reality, it’s Tiger Woods who is the Bobby Jones of the 21st Century.

Bobby Jones was an amazing golfer, in his day, the best swing on the planet:

Tiger is a billionaire and he has a smoking-hot Swedish trophy wife, but how long will be hold-on to his titles?

Enter Grayson Murray of Raleigh North Carolina, who as a 9 year old child who had only been golfing for a few years was already shoots in the 70’s. At 15, he stands poised to challenge Tiger’s records:

Grayson Murray – The next tiger?

Tiger Woods was coached by his Dad (a retired Army Lt. Col), and while he was a prodigy, this Grayson kid has him beat already!

Tiger was quoted as saying “people may out play me, but nobody will out-practice me”, a great testament that becoming a great golfer is far more than raw talent.

“Only three other boys have ever won three junior worlds in a row, a trio of names that includes one Eldrick “Tiger” Woods.

And, while Tiger and the other two “three-peaters” would all eventually win four in a row, Murray’s victory in July makes him a perfect three-for-three thus far in his young career — and Murray now has his goal squarely set on equaling his predecessors feat with a four-peat of his own in 2009”.

Make no mistake, I’m a fan of Grayson because he is a home town North Carolina boy, but by golly, any kid who can become a scratch golfer in 18 months is mighty impressive.

Will Grayson fall by the wayside?

Unless he REALLY WANTS IT and practices relentlessly, no amount of raw talent will beat Tiger. 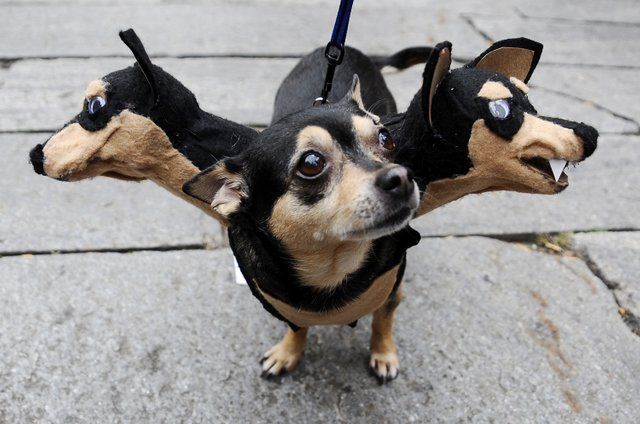 Business etiquette for professionals is not natural and cries of “Mind your manners” can ruin a business meeting.

In the early 19th century it was proper to pour tea into your saucer and slurp it directly, and then wipe your lips on the tablecloth!

My young MBA’s don’t learn important business etiquette in MBA schools these days, and they often commit a faux paux like choosing a funky wine for dinner:

All business professionals should learn business golf etiquette, as many business meetings are conducted on the golf links these days.

See my notes here on business etiquette for professionals