More than ever before, computer systems are being compromised by dishonest and unstable computer professionals, and the news is full of reports about theft and abuse by today’s computer weirdos.

Whether it’s simply altering data for personal gain or selling mission-critical information to your business competitors, management is challenged to screen-out anyone with a history or predisposition for dishonesty.

The lure of big bucks and babes entices marginal people

It’s big business, and I have helped many large corporations choose trustworthy employees and identify posers. I especially like the “web search” background checks.

I remember a case where a job applicant was rejected for something that they did back in 1998 (it was an unprofessional remark in a USENET Newsgroup). In another memorable case, a job candidates was rejected because his Facebook page contained a photo of him holding a “bong” (a marijuana delivery vehicle).

I love a good war story, and I agree with Ken Burns that the stories of an entire generation are quickly fading away. WWII vets are said to be dying at a rate of one thousand per day, and it’s won’t be long before the world’s most amazing period fades from memory forever.

Everyone should spend one day in a VA hospital

Where can you find a vet with no legs? No, the answer isn’t “right where you left him”, it’s at the VA hospital. Like Ken Burns and author Stephen Crane (“The Red Badge of Courage”), I love going to the VA hospital to listen to war stories, directly from the men who were actually there.

Having a man tell you face-to-face how he lost his limbs while storming the beach at Normandy is a religious experience, as close as any living person can get to the greatest battle in the history of mankind. 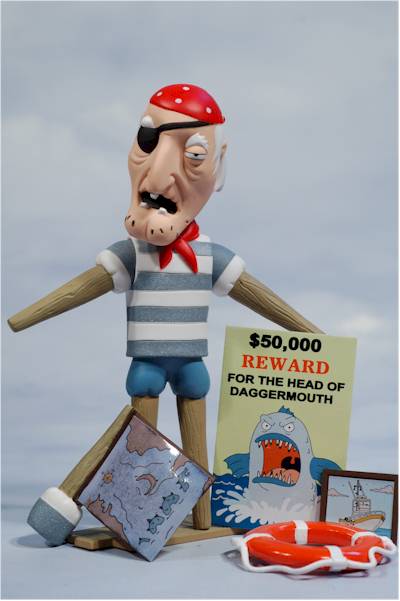 “Seamus”, a popular toy to teach children about people with disabilities

Dehumanizing the enemy was de-rigeur, and we saw openly racist WWII posters like these: But not much has changed, and today we use the exact same poster to describe contemporary subhuman monsters, mocking those who have caused great suffering upon mankind:

Within the Axis, such solidarity was imposed, and many Axis families were coerced into serving the third reich. The insult “your Daddy was a Nazi”, hits home with Gov. Arnold Schwarzenegger:

“There’s no doubt that Schwarzenegger’s father was a convinced Nazi; Austrian records indicate he joined the party on March 1, 1938, two weeks before the country was annexed.”

In today’s Germany, Arnold would be arrested for making this gesture (seriously, in Germany it is a serious crime to make any Nazi gesture, even in parody):

Arnold would be arrested for doing this in Detuschland

Back before there was PTSD, we had “Shell Shock” (WWI) and later “Battle Fatigue” (WWII), but there is no doubt in my mind that the prolonged exposure to adrenaline leaves a permanent scar on the brain.

“The War”: Ken Burns tells it like it was

Ken Burns shares my love of a good story, and we have to remember that WWII will go down as one of the most notable events in the history of mankind. There were no doubts, no second thoughts, no moral ambiguity whatsoever. There was a bright line between good vs. evil, clearly-drawn lines of morality to destroy the ememy.

A rare period of immense solidarity

It’s very rare to see Americans put-aside their petty differences and pull together as a team, like those magical three days after 911 where patriotism became fashionable, and even pussy liberal hippies took pride in America.

As one Japanese admiral said “We have awakened a sleeping giant” and everyone worked to helped destroy the enemy. In the USA, even small children were enlisted to create “Victory Gardens”.

My Dad said that it was impossible for a soldier in uniform to pay for a meal on the WWII homefront and abroad (he helped defend against the Japanese invasion of Australia and he always said that the Australians were amazingly grateful for US assistance).

In WWII, patriotism was more than an abstract ideal, with grieving “Gold Star” families on every block to remind everyone of the high stakes of “The War”. Everyone kept score of their fellow patriots and they knew what ribbons (“fruit salad” distinguished the desk jockey from the combat veteran. In WWII, the true heroes became superstars and Hollywood icons:

There were also posers, asswipes who pretended to be heroes for undeserved attention. I detest the retched poser scumbags who dishonor the real heroes by wearing fake uniforms and medals.

The Stolen Valor Act is passed, and effective December 2006 it is a Federal offense to falsely claim undeserved medals. And lets not forget the grandiose jerk, the “I shall Return” Big Mac, who arranged to be awarded the Distinguished Flying Cross, just for taking a single plane ride! Read my notes on this medal-grabbing prick here.

In a kill or be killed environment, it’s amazing to listen to tales from the Greatest Generation describe their outright hatred of the enemy:

“Despising snarkiness, Burns edits out anything to make his talking heads look foolish, though he lets a vet describe taking potshots – and seeming to enjoy it – at Japanese soldiers who jumped off cliffs on Saipan, opting for suicide over capture.”

In my job as series editor for Rampant Techpress, I’m supposed to provide an Oracle database logo to the graphics department for web avatars, but they can only be 17 x 17 pixels, way too small for me to see it clearly!

I have bad vison and the official logo is so tiny that I can barely see it, even with my strongest reading glasses, and it’s not completely clear to me exactly what the Oracle ACE director logo looks like.

Now why would an ace of spades be wearing a crown? Is he the king of the spades, or what? So, what should a spade king look like?

With a little more enhancement we can complete the anthropomorphism, adding some eyes, a mouth, and a nice necktie.

My daughter lives as a single person, and personal protection is very important to her. There are many choices in home protection, and while many use guns, others choose to supplement their arsenal with a Rottweiler.

Here in NC, fashionable upscale women are discovering the charm of designer handguns.

What a fine gift a handgun makes for the lady of your life. The fashionable woman wants to accessorize, and it’s always been difficult to match their wardrobe to a plain ladies handgun. Even the popular Derringer pocket pistols suffer from a drab appearance and women everywhere are demanding a gun that’s both deadly and fashionable.

The latest in ladies handguns combine interchangeable grips that allow the fashionable young lady to accessorize her handgun to match her wardrobe.

You can now replace the grips on fine ladies pistols to match their purse, shoes and scarf. You can even buy color-coordinated bullets for the complete fashion statement.

But when it comes to protecting their “family”, Rottweiler’s stand alone as one of the world’s most stealthy killing machines.

The Rottweiler for home protection

Dogs possess more genetic variations than any species, and there are distinct differences in Rottweiler bloodlines. Not all Rottweiler breeders are created equal, and some breed for specialized traits such as a calm nature and trustworthiness.

Rottweiler’s are amazing dogs, the product of selective breeding since Roman times. Originally bred as a Roman protection dog, the great folks in Rottweil Germany preserved this ancient breed, a dog that is unique in the dog world. Rottweiler’s are very nurturing dogs, and properly trained, they can an enormous maternal instinct.

Our Rottweiler’s love baby kittens, puppies and children, and the famous Rottweiler Carl could be trusted with even the youngest children.

Remember, dog show breeders are breeding for conformation and they may not always be interested in breeding for personality characteristics. Here is an exceptionally good overview of things to check when buying a Rottweiler pup.

Unlike the noisy “junkyard” dogs, Rottweiler’s will often lie in wait for their prey, ensuring that their victims are well within attack range before killing the intruder.

Like any powerful dog, Rottweiler’s are considered lethal weapons, and great responsibility is involved in ensuring that your Rottweiler is not a danger to the public. Rearing a Rottweiler bitch is a big responsibility.

Many years ago, Janet had a burglar enter her home. Her Rottie waited silently until the burglar had completely entered through her window and then attacked him savagely, ripping hunks of flesh from his body.

Janet called 911 immediately and grabbed her revolver. There was blood everywhere but the burglar got away, never to be seen again. The police estimated that he had severe blood loss but worse yet, the blood ruined Janet’s drapes.

When raised from puppies, Rottweiler’s will instinctually bond with their “pack”, and they are great for protecting herds of livestock.

See my notes on choosing a Rottweiler puppy for home protection.